The Voice of West Virginia

CHARLESTON, W.Va. — The West Virginia Suffragist Memorial Committee is seeking public input on the design and construction of a memorial on the State Capitol grounds to celebrate West Virginia’s role in securing the right of women to vote.

The committee, whose nine members are appointed by Gov. Jim Justice and was established in 2021 by the West Virginia Legislature, hopes to have a West Virginia Women’s Suffrage Memorial on the grounds by 2024.

West Virginia Suffragist Memorial Committee Co-Chair Renate Pore told MetroNews that the memorial should be a permanent reminder of the impact of the suffragists on West Virginia’s past, present, and future. She also noted the fact that there is not much women’s representation in memorials on the current ground.

“Men and women, they worked for over 70 years from when they first asked for the vote and when they finally got it. It was a long, hard fight. People really devoted themselves to it, some people gave their entire lives to it,” Pore said.

Pore said 2020 was the 100th anniversary of the women’s right to vote but celebrations and memorials were not able to happen due to COVID-19. She said in that period, she was able to learn more about the Suffragist movement memorials across the county. Pore said a lot of them are women in 19th-century clothes, holding banners but her committee is open to anything.

“A memorial doesn’t have to be a bronze statue, it can be something else. but it should inspire people, it should educate people. There are a whole variety of things that could be done,” Pore said.

Pore said by this fall, the committee hopes to gather enough public input to potentially make a decision and find a West Virginia artist to begin preparation. According to the committee’s website, 2023 is the year it hopes to identify a location on the grounds and begin and complete construction of the memorial with an early 2024 opening.

Support for the Committee is provided by the Herbert Henderson Office of Minority Affairs (HHOMA) and the West Virginia Women’s Commission. Pore said the committee will also be doing fundraising later in 2022 for the memorial.

To submit ideas, request a virtual or in-person presentation, obtain additional information, printed materials, or to become a sponsor, contact Pore at [email protected] or 304-444-9681. The committee’s website is westvirginiasuffragistmemorial.com.

“We want to hear from the public. We’d like to know what they think and the ideas they have,” Pore said.

MOOREFIELD, W.Va. — A Hardy County man is jailed after witnesses claim he puled an AK-47 rifle on a restaurant employee during an argument.

The incident happened April 29th at the Burger King in Moorefield, W.Va. According to the criminal complain, Eric Phares, 28, of Moorefield and his wife got into an argument with an employee who had brought their food out to their vehicle. The restaurant’s assistant manager says surveillance video shows Phares getting out of the vehicle an pulling out the rifle and pointing it at the employee and the restaurant. He then laid the rifle back in his car.

The manager also claimed Phares called Burger King and threatened to “…shoot up the establishment with his AK-47.”

When confronted about the incident by investigators, Phares denied owning such a firearm and said he never pulled one on anybody. He also said he called the restaurant to apologize for the argument

He’s charged with threats of terrorist acts and wanton endangerment. He is being held at Potomac Highlands Regional Jail on a $50,000 bond.

HUNTINGTON, W.Va. — The city of Huntington and the Huntington Fire Department have partnered with the West Virginia State Fire Marshal’s Office and the American Red Cross to offer free smoke alarms to residents of the Fairfield neighborhood.

The city announced the effort this week.

The agencies will go to multiple homes in the Fairfield neighborhood on June 22 to install the smoke alarms. The Marshall University football team with assist with the installation effort.

“I am proud to see how this multi-agency partnership has come together to improve safety for our residents and reduce the risk of injury from home fires,” Huntington Mayor Steve Williams said in a release. “We also are working with various community stakeholders in Fairfield – City Council members, pastors, schools, community centers, senior centers and community organizations – to help spread the word about this free program.”

Renters and homeowners are eligible for the free smoke alarms. A pre-inspection of residences is not required.

Fairfield residents must register for the program by calling 304-250-9001 or submitting the necessary registration information at https://www.redcross.org/sound-the-alarm.html.

CHARLESTON, W.Va. — Charleston Police say a man on a motorcycle was killed in an early morning collision in the city.

The bike collided with a passenger car about 2 a.m. Saturday in the 1500 block of Washington Street East in Charleston.

Police have not released the name of the victim. An investigation into the accident continues.

MORGANTOWN, W.Va. — For the second consecutive evening, West Virginia rolled over Kansas State, 15-4 at Monongalia County Ballpark/Wagener Field. A three-run third inning was followed by an eight-run fourth inning as the Mountaineers (32-20) secured a winning record in Big 12 play for the season (13-10).

Braden Barry connected on a three-run home run for the Mountaineers as part of their 14-hit attack. Mikey Kluska went 3-for-4. Victor Scott, Dayne Leonard and Tevin Tucker each had a pair of base hits. Tucker and McGwire Holbrook each had three runs batted in.

The series concludes Saturday at noon.

CHARLESTON, W.Va. — The Ritchie County boys and Williamstown girls have jumped into the lead after Day 1 of the Class A state track championships at University of Charleston Stadium.

On the boys side, Gus Morrison won a pair of events in the opening session. The senior set a new state record in the long jump. His leap of 22 feet, 6 1/2 inches was nearly two feet better than his closest competitor. In the final event of the evening, Morrison won the 400 meter run in a time of 51.06 seconds.

The Rebels won another field event, courtesy of Kodi Camp. The junior pole vaulter cleared the bar at 12 feet, 6 inches. Ritchie leads the way with 31 points through the first five events.

Their border rivals from Doddridge County are not far behind in second. Adam Burnside finished fourth in the discus. The Bulldogs also finished second, third and fourth in the pole vault, accounting for 18 of their 26 points. Kaden Smith, John Devinney and Seth Richards collected the points for Doddridge.

Elsewhere on the boys side, Rowen Gerlach of Wahama had the best throw in the discus. His winning toss covered 144 feet, 5 inches.

And in the 3200 meter run, Wheeling Central Catholic’s Aidan Scott took the two-mile title in a time of 10 minutes, 5.8 seconds.

CHARLESTON, W.Va. — A Charleston man was sentenced to 25 years in prison on Friday for a fatal shooting on Charleston’s West Side.

Authorities found Henry outside of a Stockton Street home with wounds to his elbow, shoulder and head. He told authorities Smith shot him. According to a criminal complaint, Smith accused Burdette and Henry of stealing his wife’s Jordan shoes before Smith fired multiple shots at the victims.

Smith and Henry knew each other before the shooting; Henry had often bought drugs from Smith. Authorities found Smith in Clendenin following an all-night search.

WESTOVER, W.Va. — A suspicious vehicle report at a local motel in Westover led police to a large quantity of drugs and Pennsylvania man wanted in Monongalia County.

Westover Police Chief Joe Adams said officers made contact with John Maraney, 56, of Carmichael, Pennsylvania, two other men and a woman near a black passenger car.

“The people were acting “hanky” so to speak, so they ran the criminal history and found Mr. Maraney was in NCIC as wanted,” Adams said.

Police determined Maraney was wanted for malicious assault in Monongalia County and at that point conducted a search of the vehicle.

“The officers searched the car and we found the 2.8 ounces of meth, some suspected fentanyl, marijuana and another white substance,” Adams said.

Adams encourages the public to report things that look “out of place” to police. the most insignificant thing or incident could be the one piece of the investigative puzzle police need to make an arrest or seek a warrant.

“It seems like we have about one of these a month anymore,” Adams said. “We hope the word gets out to not deal drugs in Westover.”

Maraney has been arraigned and bond has been set at $75,000.

The post Arrests made in Westover drug investigation appeared first on WV MetroNews.

WELCH, W.Va. — A McDowell County jury has found a woman guilty on multiple counts related to a fatal hit-and-run.

Angel Alberta Estep faced charges for the 2020 incident, in which a two-year-old child died a day following the hit-and-run.

The jury on Thursday found Estep guilty of leaving the scene of an accident causing death — a felony charge — as well as failure to render aid and failure to report.

Estep faces a maximum of five years in prison for the felony conviction. Court proceedings at the McDowell County Courthouse will resume June 9.

Oregon signee Josh Edwards backed up his 3200 meter title yesterday with wins in the 1600 meters and the 800 meters on Friday. The Hawks also won the 4×800 meter relay and their third place finish in the 4×400 relay secured the title. UHS built a sizable lead after day one, thanks to field event victories from Daminn Cunningham in the long jump and Colin McBee in the discus.

“It was awesome,” said University head coach Ed Fronapfel. “We have been in this position before with great distance guys. But we would get nothing else. When you are getting great support from the field events — we got a point from shot put, discus won and long jump won.”

In his final individual race at UHS, Edwards made up a deficit in the final 100 meters to win the 800 meter run. The victory allowed him to share individual high point honors.

“It is an unmatched feeling,” Edwards said. “Going out and winning 1600 and 3200 is obviously great but when you are out there and it is the final moments of the race and it can be anyone’s, and you are the one taking it, that’s a feeling that will never leave you.”

Jefferson checked in with 88 points. 20 of their points were earned in relay victories Friday in the 4×100 relay and the 4×200 relay.

Wheeling Park sophomore Jerrae Hawkins is a double-winner in the sprint events. He just missed out on a state meet record in the 100 meters. His winning time was 10.54 seconds. Hawkins also won the 200 meters.

Other individual event winners included Cabell Midland’s Michael Lunsford. He had the best throw in the shot put at 52 feet, 6 inches. Musselman won the shuttle hurdle relay and Buckhannon-Upshur put a wrap on the competition by winning the 4×400 meter relay. 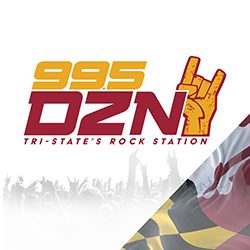